Living on the Margins in Glasgow 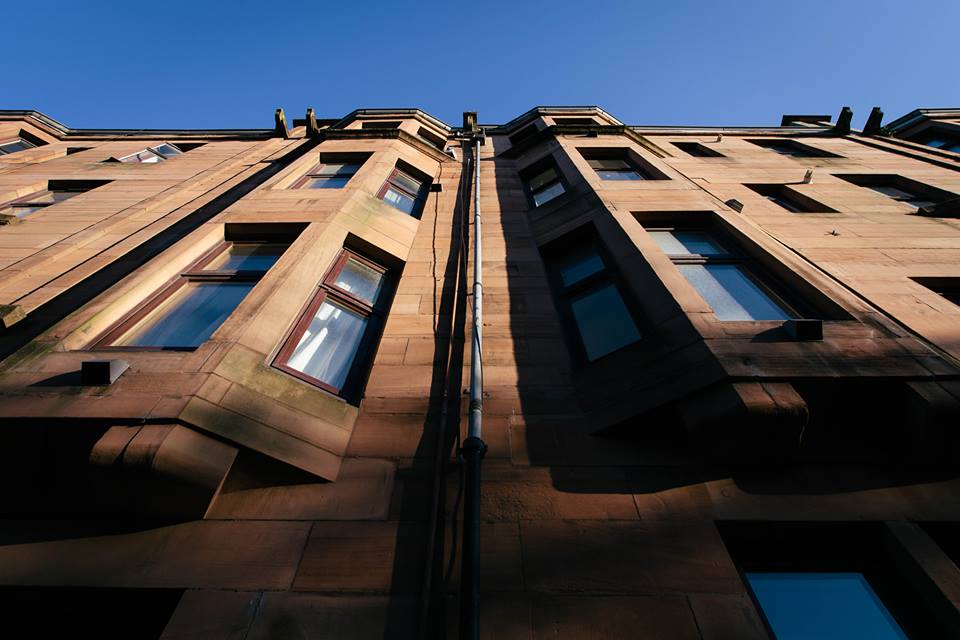 15 Mar Living on the Margins in Glasgow

Lessons through Friendship on the Other Side

I’ve just moved home after three years living on the other side – of the world and the canal and the mainstream. There are lots of ways to describe my former neighborhood and home, but you know what I mean by ‘the other side’. No doubt you have one in your city too.  It’s that place where nobody wants to go (I can’t tell you the number of taxi drivers who commented and marveled at the fact that I was requesting a lift there). That place people know only bad stuff about (drugs and junkies – “do you feel safe there?”). That place you drive through on your daily commute, doors locked, eyes straight ahead (because poor people are dangerous, right?). That place we think we know but really don’t, but we throw money at anyway, assuming that’ll fix all its problems (news flash: it doesn’t).

But the beauty of living in a place is that I came to see it differently. To me, it’s that place where kids still play in the street, laughing and hollering (I can’t tell you the number of times I heard the Goonies-like call to play, “Heyyyyyyy youuuuu guyyyyyyys!”). That place on the hill with the best view over the city (so many skyline photos). That place where neighbors are like family and everyone helps each other out (the number of times I needed something or a job done or a lift somewhere, and a phone call solved it all). That place that taught me so much about myself and community and justice and God’s heart for the poor and grassroots activism.

I guess I moved there with the intention of coming alongside ‘people in need’, a great interest in learning more about the roots of poverty, and noble-yet-naive desire to change the world. But of course I realized that we are all people in need, and that poverty implicates me (because we’re all a lot more connected than we think and so poverty concerns us all), and that life upside-down on the other side was changing me more than I was changing it.

I learned so much living in my little corner on the edge. I learned that there’s a whole lot of good muddled up in what the mainstream calls ‘bad’. I learned that people are people, no matter class, age, race, education, or job status. I learned how to have conversations with and relate to people with whom I have (or thought I had) very little in common. I learned how to care for the land, in a place where abuse and neglect extends beyond human relations to the natural and built environments.

But probably and perhaps most profoundly I learned about the poor distribution of power in our world, the extent of my privilege, and the importance of empowerment and change from the bottom-up and inside-out. And this is essential because the poor in the West have been handed things their whole life – handed a bad hand and then handed some handouts and then handed some services. The mainstream strips the poor of agency while complaining and pegging them as ‘dependents’, un-symbiotic leeches on the system – all the while operating under a top-down power play, calling the shots, writing the prescriptions for misdiagnoses, and perpetuating cycles of powerlessness.

This stretches beyond government projects and initiatives. It’s evident in local charities and support organizations too when we do things for and not with people. We hide behind the well-meaning mantra of ‘being a voice for the voiceless’, when the so-called ‘voiceless’ do have voices, we’re just not very good at listening. We prefer to maintain the service provider/service recipient categorization because we know how to function in these roles. And more than that, it feeds our ‘messiah complexes’ because when I help you I feel good about me. And so in the end it’s not about you, it’s about me.

But we tried to follow a different Way and sought to come alongside, to empower, to dignify, and to restore agency and initiative. Because this is the Way of Jesus, who crossed boundaries and challenged the relational status quo, befriended tax collectors and allowed a promiscuous woman to serve him at the well. We were eager for people to step into who they’re created to be, to meet this God-man Jesus, to be healed and know love, and to offer themselves and their gifts in the world. Often this meant inviting people to take ownership of a task or initiative so that it’s theirs, not mine – in effect, working ourselves out of a job. It meant ‘them’ becoming ‘us’. It meant listening to what people wanted and helping them make that happen, rather than presupposing we know what they needed and doing it for them.

We’ve heard the oft-quoted saying that “it’s more blessed to give than to receive”, but it appears to me that our system doesn’t allow for this blessing to go both ways. It’s as if we steal blessing from the poor by insisting that they receive. We do this unknowingly and with good intentions when we throw money to charities and services, absolving ourselves of further responsibility. It’s the cheap side of our ‘clicktivism’ charity.

The hard, true work of transformation is to move into the neighborhood, to stick around for the long haul, to stand alongside, to listen, and to not fix the problem, but to encourage use of what’s inside and around to make a difference. And I think this means that to help recipients become givers, I need to set aside my prejudice and reputation and salvific intentions because this work is upside-down and uncomfortable. It demands that I lay down my privilege for the sake of the common good. It requires patience and means I need to get out of the way. It doesn’t guarantee results, but it prefers the person. It’s more akin to messy friendship than professional service. It’s long and slow and usually unimpressive. But it’s mutually transformative and beautiful and worth it. Because building from the bottom up helps the building last.

Much more can be said on all this, and I’m in no way exhausting the complexities of poverty and benefits and charity and aid. (Those are conversations for another time, which I’d really enjoy participating in.) So what am I saying here? I guess what I’m trying to say here is that living on the other side has turned my world upside-down. My friend John Hayes says, “Poverty, we know about. It’s poor people we don’t know.” That’s what I’m getting at. For me, living on the margins brought friendship, and friendship on the margins has made me re-think everything. It’s made me conscious of the well-meaning ways that we strip the poor of agency and power. And I can’t help but wonder how the world would be different if we blessed the poor by allowing them to give. If we met as friends on the margins and stepped aside to allow recipients to become givers, I think we’d know this mystical and paradoxical exchange of finding our lives by losing them, and we’d find ourselves on the receiving end of a beautiful formula that ushers in a flood of divine blessing at the giving of our disempowered neighbors.

Claire Aufhammer graduated from the University of St Andrews with a degree in theology before serving three years with InnerCHANGE, a Christian, missional order among the poor. At InnerCHANGE we have the privilege of living in and among some of the world’s most disenfranchized people. As an order, we are a family of people whose lives are bound together by common rhythms, commitments, and values. Together, we seek to follow Scripture’s injunction “to do justice, love mercy, and walk humbly with our God” [Micah 6:8], draw the profoundly broken into meaningful relationship with their Creator, and bring holistic transformation in our communities.