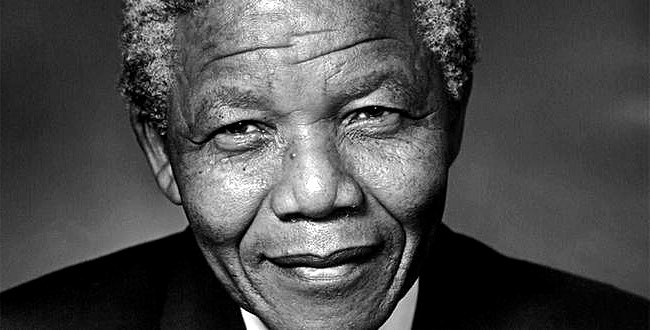 In 2010, the United Nations officially inaugurated July 18th (Nelson Mandela’s birthday) as an international day for keeping Mandela’s legacy alive through service to our communities.

Nelson Mandela devoted 67 years of his life– at great personal expense– to the struggle for social justice and dignity. On Mandela Day, we are all called to devote 67 minutes to making the world a better place, through service that promotes peace, equality, reconciliation, education, cultural and racial diversity, and even environmental protection. People around the world have celebrated Mandela Day by giving blood, preparing meals for the homeless, cleaning public streets, and serving their communities in other ways.

Nelson Mandela (1918-2013) dedicated much of his life to non-violent activism against apartheid in South Africa. For this, he was imprisoned under abhorrent circumstances for 27 years, while his wife had to raise their children without a father. Through the apartheid system in South Africa, 3.5 million non-whites were forced from their homes into ghettos. Segregation existed everywhere, from schools, to public transport, to workplaces, in order to keep people of colour uneducated, impoverished, and without dignity. People of colour could not vote, and the law was in the hands of the whites. Resistance was met with violence, imprisonment, and murder, including the Sharpeville Massacre and the slaughter of hundreds of children at the Soweto Uprising. When Mandela was finally freed from prison, he helped negotiate an end to apartheid and was elected to be South Africa’s first black president. As president, he created the Truth and Reconciliation Commission to investigate human rights abuses during apartheid, and bring about forgiveness and healing. After declining a second presidential term, he focused on philanthropic endeavours, such as eradicating poverty and fighting HIV/AIDS.

Mandela’s life is a testimony to the change that one individual is capable of igniting. Mandela fought the voice that whispers to each of us that injustice is okay… that we don’t have a choice but to participate in systems that reinforce prejudice, injustice and pain. For that, Mandela was labelled as a terrorist by governments and leaders around the world, including Ronald Reagan and Margaret Thatcher. Imagining the world differently and seeking change is a daring challenge.

Mandela Day is a celebration of the fact that every individual has the power to make a difference and transform the world. That is a great reminder these days. Summer 2016 so far has seen violent attacks in Istanbul, Bangladesh, Baghdad and Nice, simultaneously with the shootings of Alton Sterling and Philando Castile in the US, followed by a violent coup attempt in Turkey, alongside a general surge in far-right nationalism from Brexit to Donald Trump. We, like Mandela, need courage to believe that things can be different, in order to bring about peace.

That’s a lot to accomplish in one day, but thankfully, the power to transform injustice doesn’t leave us when Mandela Day ends. Every day should be a Mandela Day, in that we wake up each morning to a fresh opportunity for serving others.